The Manchester Club held its September meeting this past week at the American Legion Hall. A large crowd was in attendance and all were treated to to a great Prime Rib dinner served by Todd Crane and his crew, all doing a great job as usual. The prime rib was served with baked potato, fresh green beans along with a fresh garden salad, dessert was a chocolate covered ice cream.

After dinner had been enjoyed, Club President Bruce Heisey called the meeting to order. He welcomed all present back to the club after the summer break. He then requested all present to salute the flag and then requested a moment of silence for the passing of two club members, Larry “Bugsy” Hall, who was a member of the club for 50 years and also for the passing of Andy Harris.

He then ask for Secretary McCoy’s report, who said a few words about the club’s golf outing, named for  Richard  “Dick” Lysiak. He also mentioned  the great job the golf committee did, which was led by chairman Heisey.  McCoy then spoke about the 115th club ‘s Gala to be held at the Singing Beach Club on May 19th in 2020. (SAVE the DATE) 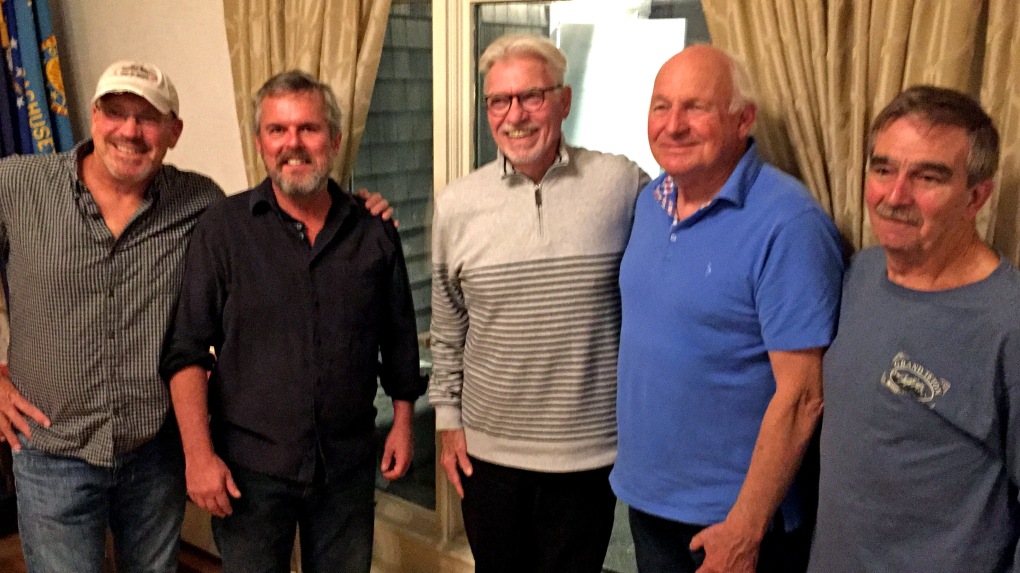 With no further business the President turned the mike over to club member Doug Hotchkiss, who introduced the speaker for the evening, Captain Stefan Edick, skipper of the historic schooner, The Adventure. Doug gave a great bio on the Captain and mention that the Adventure is based in Gloucester at the Gloucester Maritime Museum.

Stefan gave a very interesting talk and showed a short film about the Schooner Adventure. The schooner is 122 feet long with a 24 foot beam, powered by a 120 HP engine with a single screw. It was built in Essex in 1926 and fished from Nantucket to Newfoundland from 1927-1953. It has hauled more than 4 million dollars worth of fish. The owner donated the Adventure to the city of Gloucester. It is now currently used for educational purposes and has been fully restored through fund raising and grants. Stefan mentioned several club members that have donated their time in the restoration of the schooner.  The schooner has also sailed in  many festivals. A short question and answer session followed. Stefan said he was much appreciated the invitation to speak to all the members of the Club.

A door prize was won by Bob Borgioli. A great evening was had by all.

See you next month.

The Manchester Club has provided a meeting place for men in and around the North Shore community since 1905. We meet every third Thursday of each month from September to June in Manchester by the Sea, MA to socialize and hear local and regional speakers.

But most of all it provides a great place to get together in a time in which it seems increasingly difficult to be a community. It’s informal, it’s fun.

It also has an important social role in providing scholarship monies and collecting resources for local organizations.